Do emotions eat strategy for breakfast ?

Dealing with collective emotions and how they affect the strategy execution.

Do emotions eat strategy for breakfast ?
Dealing with collective emotions and how they affect the strategy execution.

In this thought-letter, I would like to share with you some insights into a topic dear to me in my practice as transformation advisor and that I am further exploring at INSEAD : How to deal with collective emotions and how they affect the strategy execution?

I advocate that Peter Drucker’s famous say on culture could be replaced by “emotions eats strategy for breakfast”. Next to the fact that strategy on paper is only 5% of the job, I will show you that the emotional transition is what leaders and managers need to grasp if they want to succeed with strategy execution.  As a result, they can grow the emotional capital of their organization and make it more agile and resilient.  There is a highly positive business case for managing emotions, which is about creating business value and performance – rather than being nice or empathetic – through the effective management of collective emotions.

If you think about Nokia in 2008, they had 45% of the market share against 5% to Apple.  Nokia knew about the iPhone and its touchscreen – the key differentiator –  one year before its launch. Nokia had greater technology capabilities and the strategy to match the touchscreen.  Nevertheless, they failed to launch any product competing at the same level and they disappeared from the market few years later. Research by Professor Quy Ngguyen Huy (INSEAD) demonstrates that Nokia missed the execution of a well thought plan, mostly by mismanaging the collective emotions within the top and the middle management.

Although there is a lot of attention and money spent on the definition of a strategy, most of the challenges come up during the execution, which also takes most of the time and energy.  The success rate of implemented strategy remains poor at about only 30%1.  This low percentage is mostly attributed to the difficult and laborious execution phase.  A multitude of factors must be managed in detail to make it work, with tough choices for resources allocation to expected high-success levers.  In order to manage this complexity, most companies rely on project management and change management techniques, which have become more accessible through training and literature.

Many executives focus exclusively on the very tangible activities, rationally designed and ordered with deadlines in order to make it happen fast.  They tend to suppress the more “messy” part of emotional and political issues, which are discussed in the corridors but seldom in formal meetings.  Nevertheless can we really succeed without addressing people’s emotional state when facing radical changes?  Is it realistic to suppress fear of uncertainty or anger of letting go the comfort of a routine?  The obvious answer is no. Leading change must tackle collective emotions because they can become the biggest barrier to effectively execute a strategy or the greatest lever to make it a success.

Collective emotions are driven by how a large group of people feel about a change that affects them; it can also be called the emotional capital.  This dynamic phenomenon happens for example when people share their feelings about a new strategy or the speech of their CEO; the emotion of few spreads and gets reinforced because people perceive some kind of validation if others feel the same.  Groups form a powerful coalition when sharing the same feeling for or against a specific change.

This phenomenon is also critical because emotions are driving actions rather than the intellectual understanding of a vision, a strategy or an implementation plan.  As illustration, you can think of a football game and how the crowd of supporters behaves when their team marks or takes a goal; this can be quite extreme, no?

Positive emotional capital increases the likelihood of an organization to change and reach high performance.

The emotional transition is a path to deal with collective emotions.  It is the internal psychological reorientation that people have to go through before the change can work.  This part cannot be planned, it is a psychological process requiring experimentation and it takes its time.  The transition requires that leaders recognize the emotional factor and give space to its expression.

When facing a large group with their emotions, leaders and managers can become uncomfortable and even anxious with such turmoil.  Questions such as “How can I deal with these emotion?”, “Do I have the capabilities to tackle these questions without making it worse?” or “What if I do not have answers to their questions?” can become barriers. As a result, many managers fall in the trap of ignoring this emotional transition, make it mechanical or “sell” the change (i.e. focus on the positive sides only).

According to William Bridges, the emotional transition consists of three phases: ending of the past, the « neutral zone » and making the new beginning.

The trap of this confusing zone is to speed up artificially or to draw conclusions that it does not work.

As you can read, this lens on emotions in business is a complement – and somewhat a challenge – to the classical 8-step approach by John Kotter.  Despite all consultants and theories on strategy and change management, the rate of success of change project does not seem to increase.  As organizational transformation advisor, this lens also helps me to better support my clients.  My assumption is that there is an imperative alignment between emotions and business content to succeed change initiatives.

This is precisely my angle when I design and run large scale programs related to a strategic, organizational or cultural change or when I facilitate a difficult decision-process of a leadership team.

Emotional intelligence (EQ) facilitates individual adaptation to change and its understanding is a good complement to collective emotions (see above).  On this topic, I can recommend the book “The EQ Edge: Emotional Intelligence and Your Success” by Steven Stein and Howard Book (2011). They offer a rich perspective on the personal mastery of emotion and its components.  The good news is that unlike IQ (which peaks around the age of 20) EQ evolves with time and can be trained.

I hope that this thought-letter will be useful to you and those around you – please feel free to share it.  I’d be happy to have your feedback and discuss your views on the topic. 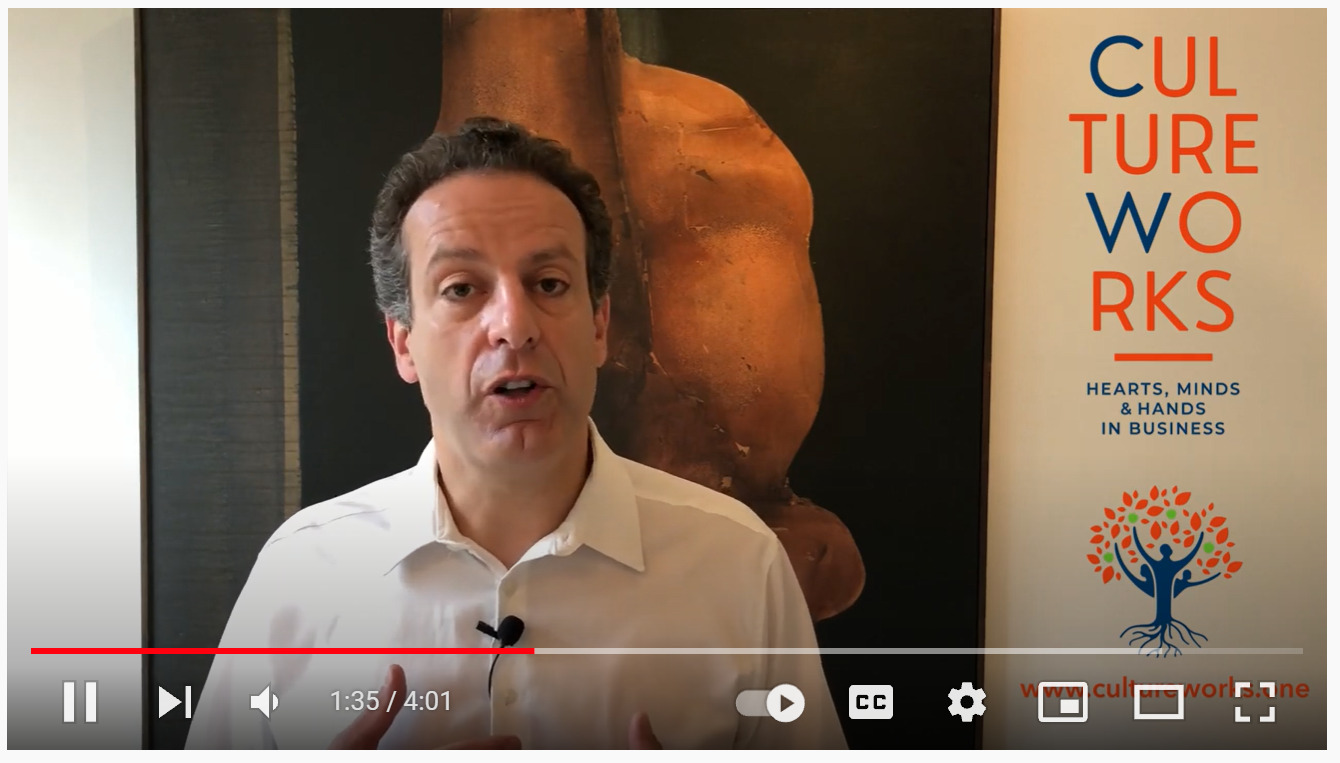 BOOK : Beyond D&I, Leading Diversity with Purpose and Inclusiveness

INSEAD : From fear to Enlightenment, Building Resilience During Covid Year One 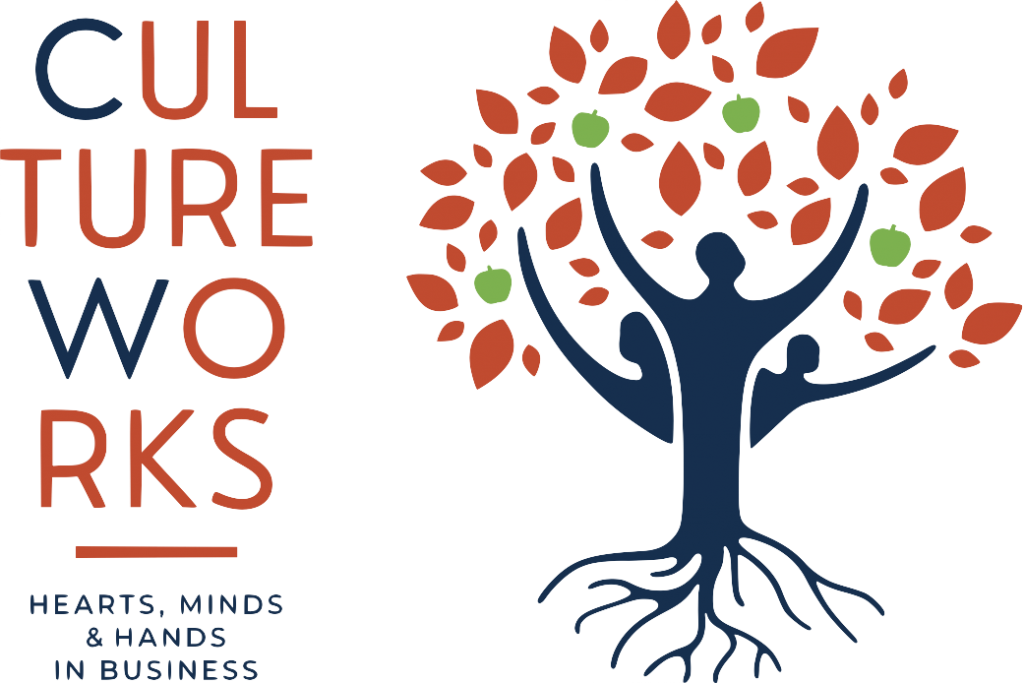